The Benefits of Remote Work 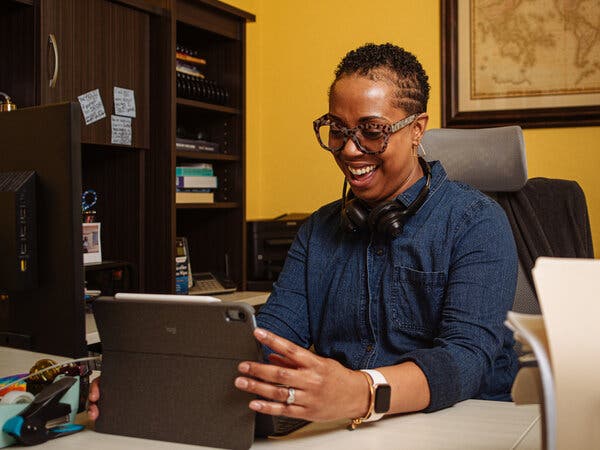 Working from home can have a number of benefits. Not only is it convenient, but it can reduce air pollution, traffic congestion, and improve teamwork. It can also reduce costs. The benefits listed below can make it the right choice for you and your business. Read on to learn more about remote work opportunities. And remember, the sooner you start, the sooner you will see your business reap the rewards.

Working from home is convenient

Working from home offers many benefits, including reduced distractions. The absence of office meetings, water cooler conversations, and other interruptions can help you focus more effectively. Additionally, the lack of an office schedule also gives you more flexibility in managing your schedule. For example, you can schedule your appointments around the times you need to be with your family.

Working from home can save you time and money. Many companies have policies that allow remote workers to work from home. This can reduce organizational costs, reduce turnover, and boost employee productivity. In addition, a remote workforce can keep the business running during disasters, which can cause costly downtime in the office. Many employees enjoy the flexibility and freedom of working from home.

Working from home can also help you avoid a long commute. The majority of remote workers report increased productivity. In fact, 65 percent of them said they were more productive at home than in the office. However, if you do have to leave your home to travel to work, setting limits on your phone can help you stay focused and on task.

Another benefit of working from home is that you can make your work space as pleasant as you want. You can set up your desk in a way that suits you, without worrying about your colleagues noticing the mess. Moreover, you can shut the door if you want to listen to music while working.

One of the primary benefits of working from home is that it saves you time. You can begin your day earlier and avoid the stress of commuting. This, in turn, gives you more time to do your favorite activities. For instance, you can spend more time with your family, or take up a hobby.

One way to help combat traffic congestion is to make more employees able to work from home. While many people believe that telework reduces traffic, the truth is a bit different. While it does cut down on the overall volume of traffic, even a slight reduction can make a difference. Consider Washington, DC, which is normally the top congested city in the U.S. However, it’s now nearly 80% vaccinated and drivers are spending half as much time stuck in traffic.

Remote work is becoming more popular and a growing number of companies are offering office space that can be rented to people who work remotely. Not only does this help reduce traffic, it also reduces emissions and noise pollution. This is great news for those who are concerned about the environment. As more people become more economically stable, they’ll have less of a reason to drive.

Many people in Charleston, SC dread the morning commute and sit in traffic. If they could work from home instead, that would cut down on the amount of traffic they must endure every day. In fact, some people are working from home as a government contractor, and it could even help them reduce traffic congestion in the area.

In addition to reducing congestion, telework also lowers greenhouse gas emissions and noise pollution. TomTom traffic study also shows that teleworkers in the U.S. government save the equivalent of 16 million trees or taking 20,000 cars off the road. In fact, the number of teleworkers has been steadily increasing. However, teleworkers in large cities like Tampa and Dallas still spend about a third of their yearly commutes in traffic.

The reduction of driving and carbon emissions associated with remote work can have dramatic health benefits for our planet. It cuts down on the emissions of GHGs and other harmful gases that can cause respiratory problems. It also reduces the amount of plastic waste generated by eliminating commutes. In addition, less fuel is used to operate remote offices and vehicles.

The study used data from Earth-observing satellites to identify the impact of remote work. Satellite sensors can detect nitrogen dioxide, a major contributor to air pollution. By 2020, the concentration of NO 2 is predicted to decline in most metropolitan areas in the continental U.S., according to the NOAA/NASA’s Suomi-NPP satellite.

Many companies that have moved to remote work are making a real effort to reduce their environmental impact. One example is Buffer, a 100%-remote tech company. It estimated that its employees’ work generated 234 tons of CO2 equivalent annually, or 2.6 tons per employee. For comparison, a household of three people generates around 1.39 tons of emissions each year. Despite these results, it remains to be seen whether remote work has an impact on the environment.

Many cities have already taken steps to reduce air pollution. By reducing the number of commutes to work, they’ve managed to reduce the amount of air pollution and greenhouse gas emissions. Global Workforce Analytics estimates that telecommuting could reduce greenhouse gas emissions by 54 million tons per year. This can be a huge benefit for our planet.

There are several major reasons why telecommuting should be considered. It can reduce carbon emissions, air pollution, and excessive use of fossil fuels. Additionally, telecommuting can improve your work-life balance. As a result, it’s a win-win situation for both employees and the environment.

According to a recent study, over half of employees want to work from home. But there are challenges that come with remote work. For one, there is no familiar work environment. This can leave employees unmotivated. In order to accomplish tasks efficiently and on time, remote workers need to keep their interest. Also, they need to communicate with each other in real time.

One of the best ways to improve remote teamwork is to create a culture that promotes interaction among colleagues. For example, a pharmaceutical company found that its team performed better when employees interacted socially. Another U.S. bank found that call center representatives who talked to each other during their breaks were more productive. Also, remote teams can benefit from KPIs and metrics to track performance and reach individual goals.

Another way to improve teamwork in a remote environment is to formalize your team’s structure. This is crucial for building a cohesive and productive team. A formal structure can hold a team together, make it accountable, and foster experimentation. Establishing clear goals, setting clear accountability, and prioritizing face-to-face communication are three important ways to make sure your remote team stays productive.

A remote workplace may also create an environment where remote employees feel isolated from their in-office colleagues. To prevent this, consider holding regular meetings to discuss issues. For example, send an agenda to all remote employees ahead of time. Using communication tools that allow remote workers to easily communicate with each other will help them understand how they’ll benefit from remote working. Creating a culture that fosters teamwork doesn’t have to be difficult or expensive.

Communication is an essential part of any team, and it’s even more important in remote work. The inability to see each other or read body language will hamper communication. Remote workers need to find new ways to communicate with each other.

How to Make the Most of Your Time As a Freelancer

The Benefits and Disadvantages of Remote Work

How to Make Extra Money As a Freelance Writer